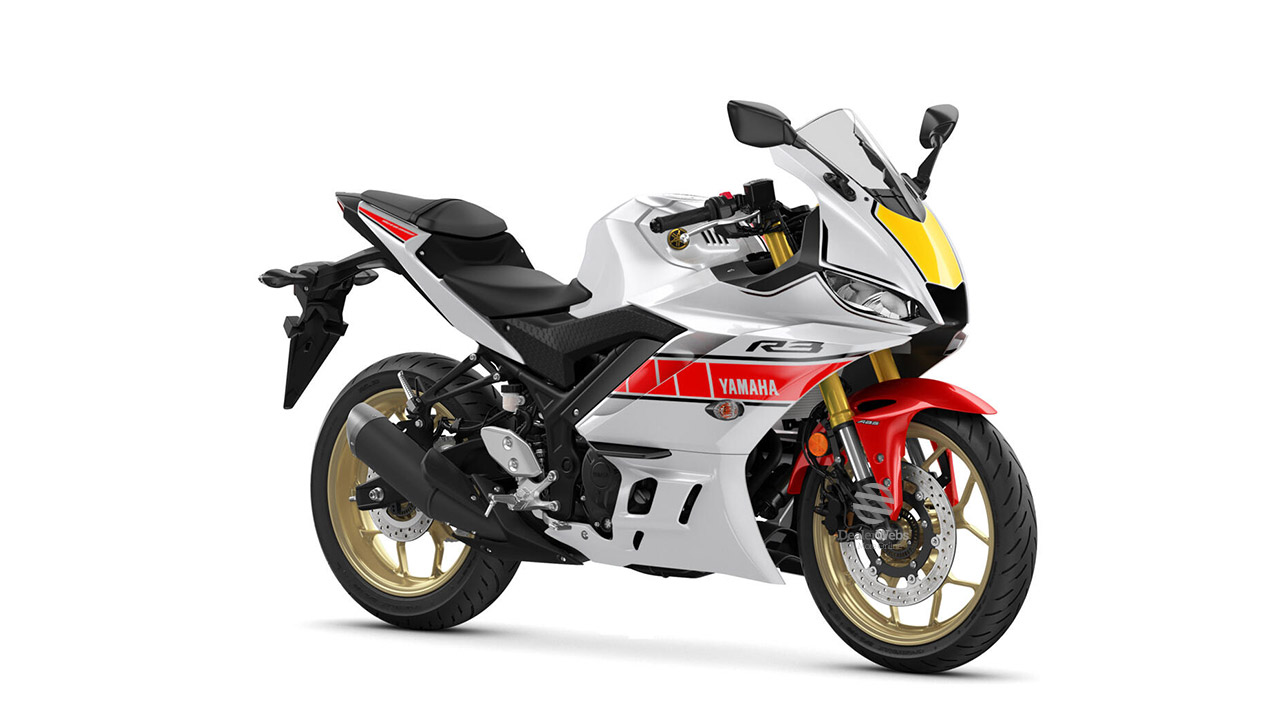 It was back in 1961 that the company entered its very first international road race at the French Grand Prix. And to mark 60 years of racing success, Yamaha has created the very special R3 World GP 60th Anniversary featuring historic white and red racing colours – to pay tribute to the machines that have racked up more than 500 wins in World Grand Prix racing between 1961 and 2021.

The R3 World GP 60th Anniversary’s white bodywork features the famous red "speed block" graphics that were made famous by Yamaha’s legendary race bikes from previous decades. A red front fender and red stripe on the tank reinforce the GP pedigree – while the historic racing style is completed with golden wheels, a gold tank badge and a yellow race-style number plate. 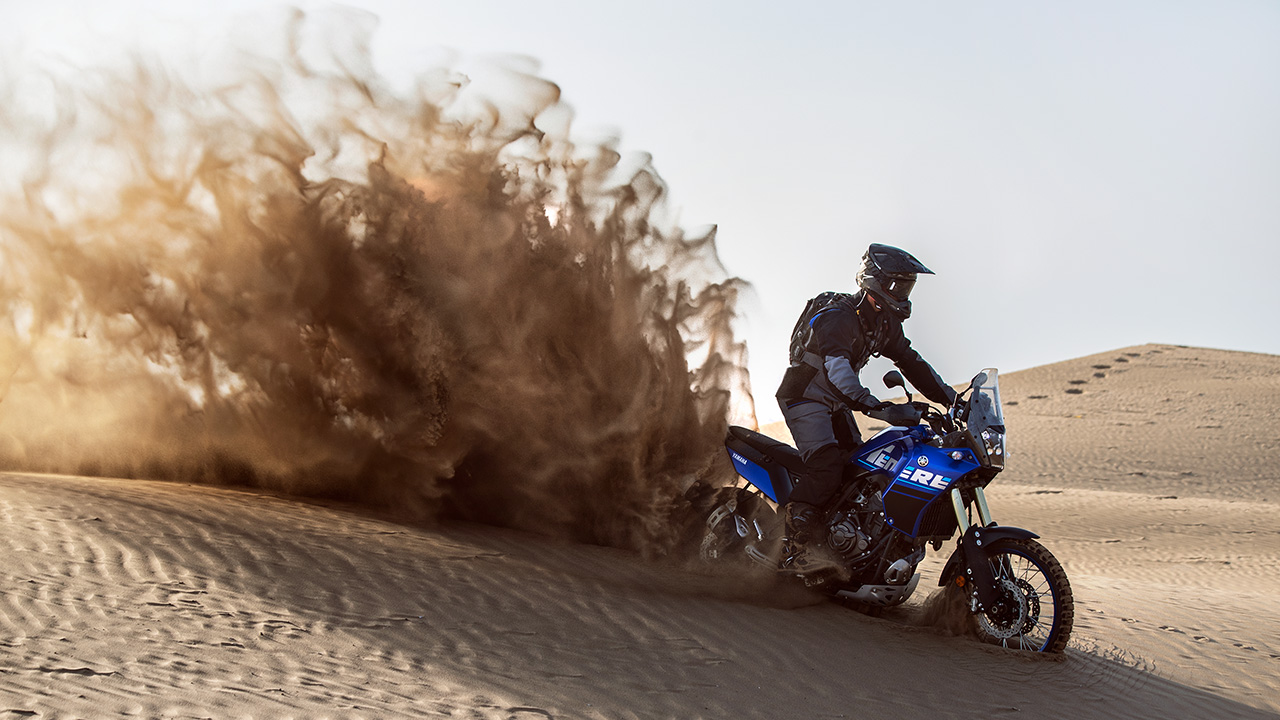 Free Datatool Tracker with all new Yamaha Motorcycles and Scooters

Receive a Datatool Stealth S5, usually costing £249, free of charge when you purchase a new Yamaha Motorcycle or Scooter from any participating Authorised Yamaha Dealer. Fitting and subscription charges apply.

About the Datatool Stealth S5:

Enquire about this offer 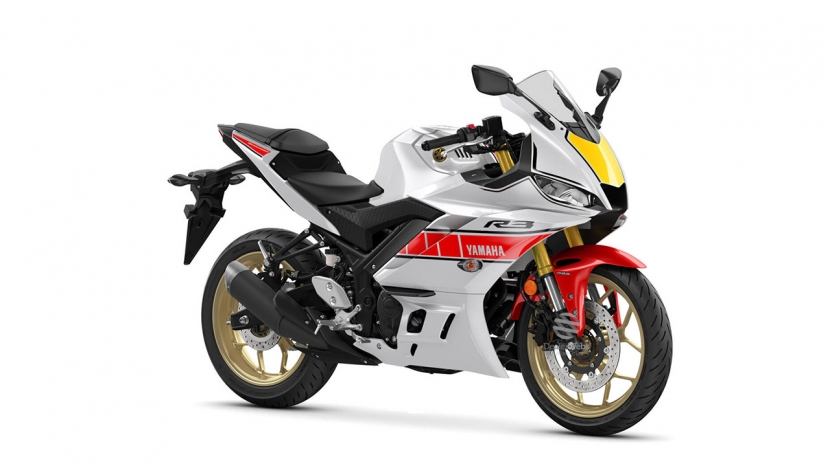 Reserve this Yamaha R3 World GP 60th Anniversary now by simply placing a fully refundable £99 deposit via PayPal. One of our Sales team will then contact you to confirm the reservation, discuss financing & any part exchange, and then organise the collection/delivery date.