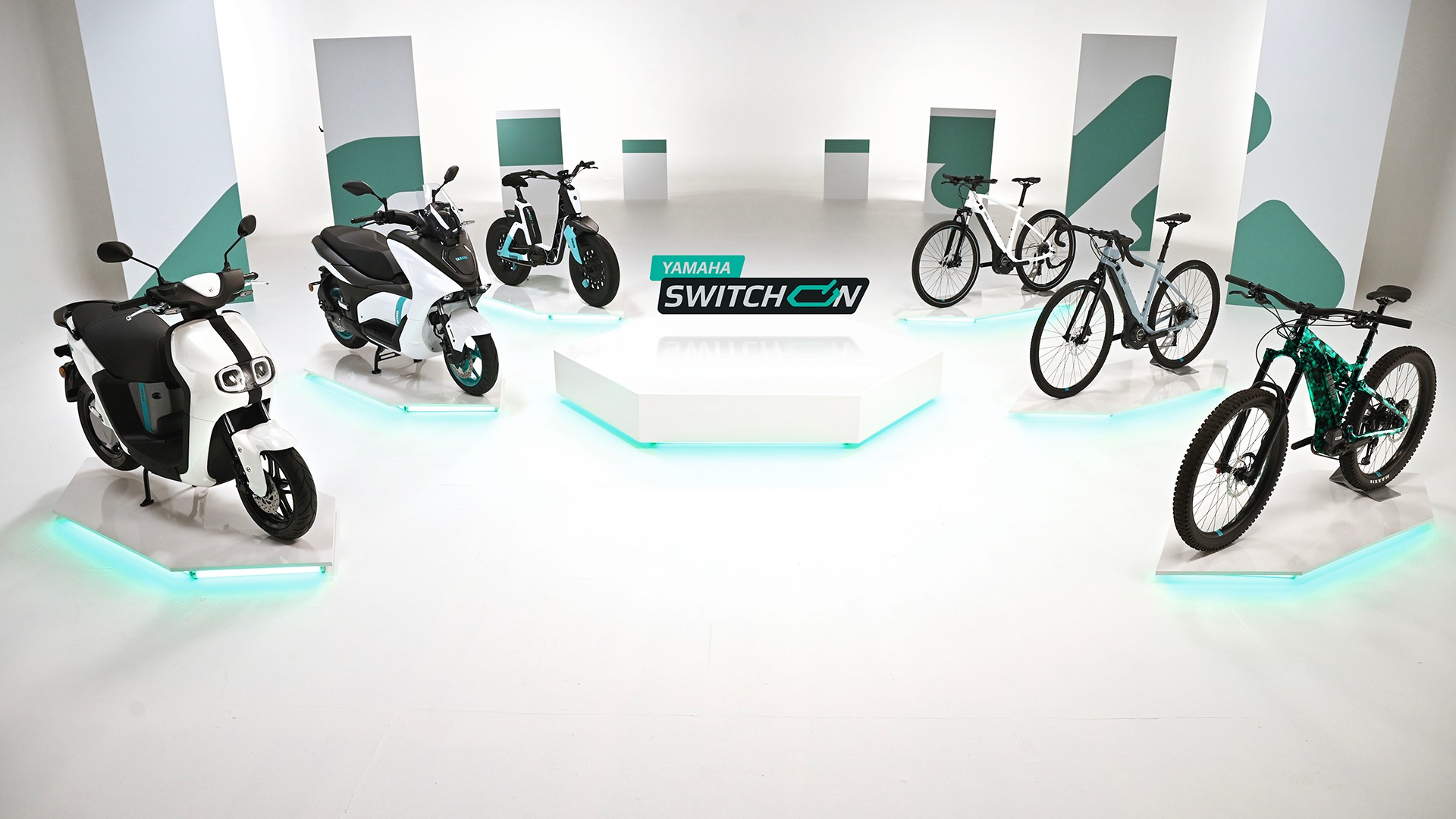 YamahaElectricScooters2022E-Scooter
The start of a new era in electric mobility
Eric de Seynes – Yamaha Motor Europe’s President & CEO – announces today the company’s entry into the world of electric personal mobility. “The concept of mobility has continuously evolved over the years, and consequently our cities and infrastructures have adapted to these changes. However, one thing that has remained the same over the decades is the universal desire and need for personal mobility that gives a real sense of freedom.”
Yamaha is focused on delivering creative and innovative new solutions to support the evolving needs of its customers – and in the première of Switch ON, Yamaha reveals details of its future electric models and how they have been developed to satisfy the requirements of a wide range of customers in an ever-changing world.

Two new electric Yamaha scooters
In the next few weeks, Yamaha will launch the all-new NEO’s – a smart, accessible and high quality “50cc-equivalent” electric scooter that was first displayed at the 2019 Tokyo Motor Show as the E02 prototype. This will be followed by Yamaha’s first “125cc-equivalent” scooter that will showcase the company’s very latest engineering and technology. Derived from the E01 prototype – also displayed in Tokyo – this yet to be named model will be the protagonist in a Proof-of-Concept activity that Yamaha will set up in a major European city with a scooter sharing partner.
30 years experience in eBike drive units
Yamaha has a long and distinguished track record in electric vehicle development that goes back to the early 1990s when the company created the first Power Assist System (PAS) which formed the basis of the world’s first production eBike. Since then, Yamaha has been at the forefront in the development of lightweight and compact electric drive units for eBikes, with approximately 7 million produced in three decades.
In recent years the demand for eBikes has grown exponentially, with more than 5 million sold in Europe in 2021 – many equipped with Yamaha drive units – therefore the company has made the decision to expand its production capacity and start producing drive units in Europe. While remaining totally committed to developing cutting-edge drive unit systems for the company’s many OEM bicycle manufacturers, Yamaha is about to launch three new ‘own brand’ eBikes in the All Mountain, Gravel, and Urban segments. Full details will be revealed during the summer, and these new Yamaha eBikes will start to be available before the end of 2022 through Yamaha’s Powered Two-Wheeler network, with the target to complete the European Distributor set-up in 2023.
The moped is back
But this is just the beginning, and to underline the company’s future potential in every class of electric urban mobility, Yamaha presents the B01 – a new hybrid prototype that intelligently combines eBike S-Pedelec functionality with moped performance and all urban terrain ability. Currently, a concept model created by Yamaha Motor Europe in association with long-term partners Fantic Motor and Motori Minarelli, B01 will evolve into a production machine that will further expand Yamaha’s electric mobility range.
Eric de Seynes concluded, stating that “Yamaha is excited to expand its personal mobility range and open a whole new chapter in the history of the company. Backed up by Yamaha’s world-class engineering capabilities and supported by a professional dealer network, the introduction of these new electric products and related services will inspire a new generation of customers.”

As well as the scooter offerings, there are also three different E-Bike offerings, each with a different customer in mind, a mountain bike for the adventurer, the Gravel bike for the long-distance road rider, and the Urban for the inner-city commuter. Look at the E-Bike’s at the left